Published by : Guardian News
Subscribe
A 75-year old man is in a stable but serious condition after being shoved by police officers, causing him to fall backwards, hit his head, and bleed from his ear. The incident, which happened in Buffalo, New York state, was captured on video by a local reporter from the public radio station WBFO. It shows the white-haired man approaching a line of officers in riot gear. One officer pushes him with a baton and a second one pushes him with his hand. The sound of a crack is heard and then blood is seen trickling from the man's head. The man has not been not identified.
Subscribe to Guardian News on YouTube ► http://bit.ly/guardianwiressub

Inside the George Floyd protests in New York: 'We are not the problem' ► https://www.youtube.com/watch?v=GbsJFgRupWo&feature=youtu.be 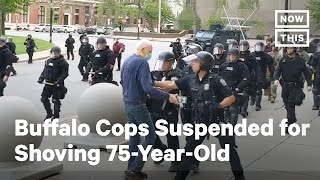 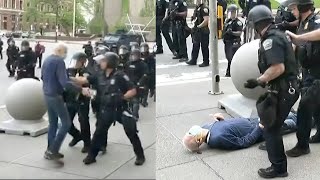 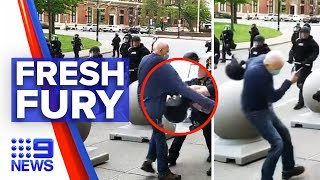 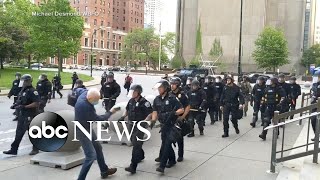 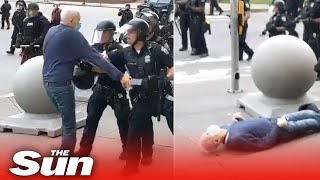 NY riot cops suspended after shoving man, 75, to the ground and leaving him bleeding and unconscious 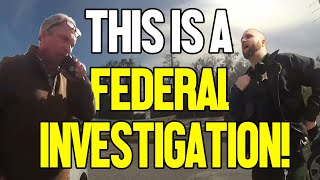 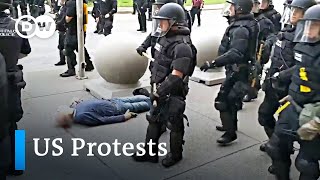 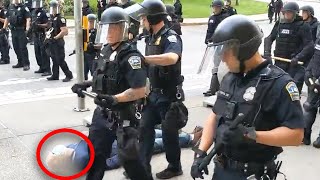 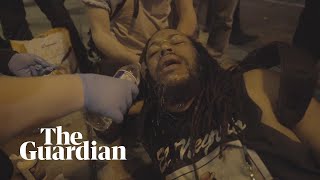 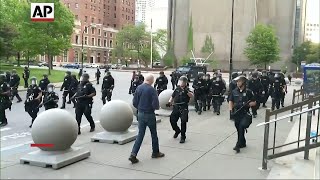