Prior to 2014, as few as seven Blanding’s turtles remained in Rouge National Urban Park (RNUP). To help increase the population of this species, Parks Canada and the Toronto Zoo began a long-term Blanding’s turtle reintroduction project. Turtles that are part of this head start program are hatched at the Zoo and released in the park when they are a little older to minimize threats such as nest destruction and predation. Together, along with several other partners, we have released 339 baby Blanding’s turtles into RNUP, and that number is about to increase.

For most of the year, the Blanding’s turtles are kept indoors in the Zoo’s Wildlife Health Centre. Each tank has a lot of swimming space, with areas available for basking under a heat lamp, and plants for the turtles to practice hiding. In the summer, the turtles are moved to an outdoor area where they’re put into larger tanks with a similar setup, but natural basking platforms, like driftwood, are included so the turtles can practice basking on natural material. Rather than heat lamps, the turtles get to bask in the sun as they would in their natural habitat.

The turtles are fed in the morning, three days per week. After that, their tanks are cleaned and their water gets changed. They receive kale as part of their diet to practice biting and tearing their food. As the turtles get older, and closer to release, their food becomes less processed. When they’re hatchlings, they need bite-sized pieces, but later they get whole foods such as worms so they can practice tearing their food. The turtles are also weighed and measured monthly to monitor their growth. Zoo staff try not to disturb the turtles too much so they don’t get comfortable with humans or associate them with food.

Caring for the turtles is a team effort requiring many different players. Nutritionists prepare and distribute the turtles’ food. The Zoo’s Americas pavilion keepers take care of the hatchlings, while there is one dedicated staff member who takes care of the older Blanding’s turtles being prepared for release in June. A few weeks before their release, they are transferred to an outdoor area to acclimate to day/night cycles and daily temperature fluctuations.

We will release the turtles into the RNUP at the end of June to coincide with National Indigenous Peoples Day. #savingspecies #WorldTurtleWeekend
cached video 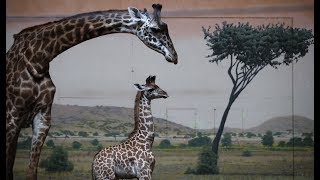 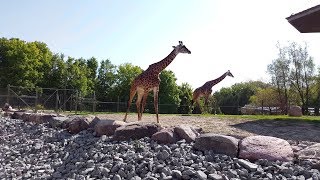 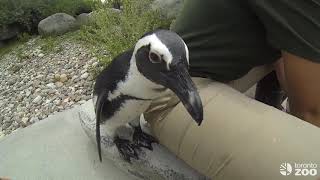 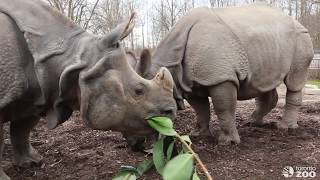 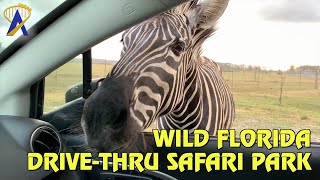 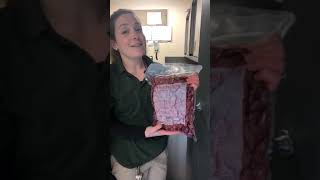 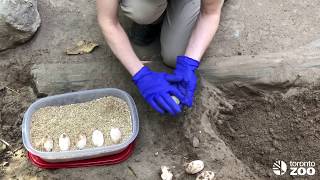 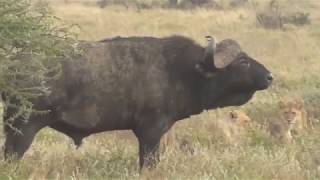 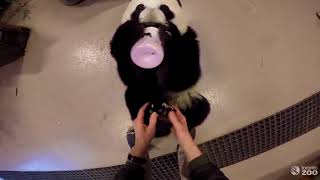