The assumption was that Bradley Wiggins would gain time on his rivals in the battle for overall honours in the 99th Tour de France but there was still a question about who might win the stage. If you doubted the dominance of the Sky team in 2012 then look at the figures from the time trial from Arc-et-Senans to Besançon in stage nine: Wiggins confirmed that his quest for the yellow jersey is a genuine one. He claimed his first stage victory in the Tour, beat his team-mate Chris Froome by 35

The progress report
The ninth stage of the 99th Tour de France was a 41.5km time trial from Arc-et-Senans to Besançon. Riders began the race in reverse order of their position in the general classification and the 'Lanterne Rouge' after eight stages, Brice Feillu (SAU), began his race at 9.45am. There were two minutes between the first 118 riders and then there were three minutes separating the starters. The rider in the yellow jersey, Bradley Wiggins (SKY) began the TT at 4.39pm. The weather was fine for the start with a temperature of about 24 degrees Celsius.

Martin sets the early standard
The early standard was set by the Swedish TT champion Gustav Larsson, the 13th starter, who covered the course at an average speed of 45.8km and even in the first hour several riders seemed like they would risk being eliminated by the time cut today (25% of the winner's time): Engoulvent was 8'15" slower than Larsson. Another Vacansoleil rider, Westra, beat Larsson's time by 10". Despite racing with a fractured bone in his wrist, Tony Martin posted the fastest times at each check and finished the course at an average speed of 46.4km/h to eclipse the time of the Vacansoleil riders; he achieved this impressive time despite having a puncture on the course today. Casar (FDJ) was one of the surprises today: when he went past the 16.5km time check, he was 7" behind Martin and 1" ahead of Voigt (RNT) who, at the time, had set the second best times at all the checks.

Cancellara blitzes the previous best
The winner of the prologue, Fabian Cancellara raced the first 16.5km at an average speed of 45.8km/h and posted a time that was 39" better than Martin at the same point. With 16km to go, Cancellara raced past his three-minute man, Mollema (RAB) and with 10km to he was ahead of Martin by 1'09" and, at the finish, he led by 1'19" -- covering the course at an average of 47.6km/h. As impressive as it was, the former leader of the youth classification -- Tejay van Garderen (BMC) -- eclipsed the times of the four-time world champion at the 16.5km and 31.5km check... but only by two and three seconds, respectively. But at the finish, the American was nine seconds behind the Swiss rider.

Perfection at Sky: Wiggins gets his first stage win!
Froome beat van Garderen's time by 24" at the 16.5km mark and it was the first hint that Sky was going to dominate this time trial. But there was a better time yet to come... after just 11km of racing, Wiggins had already added another 20" to his advantage over the 2011 Tour champion, Evans! It was, however, interesting to note that other TT specialists from the British team didn't exactly make a big impression: Rogers had been in the top 10 of the intermediate checks but he finished well down the rankings as did Porte and Boasson Hagen who are usually strong against the clock. It became clear, however, that both Wiggins and Froome were men on a mission: the set the two fastest times at the first check.
Until this year, the best place Wiggins had enjoyed in a stage of the Tour de France was his second in the team time trial of the 2009 race when he was the revelation of the GC riders and finished fourth overall (with the Garmin team). He was third in the stage to La Planche des Belles Filles -- which was his equal best place in an individual stage (along with the opening stage of the 2009 Tour in Monaco) until today... he and Froome were also fastest at 31.5km, 36" and 20" ahead of van Garderen, respectively.
Wiggins ultimately finished 35" ahead of his team-mate and improved his advantage over Cadel Evans who was sixth in the stage; there is now 1'53" between first and second overall. Froome's ride elevated him up the rankings from sixth overall to third.
cached video 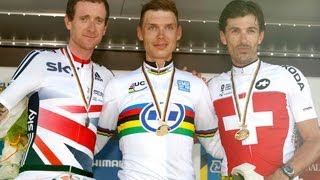 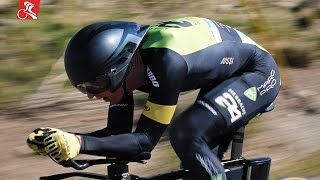 The Chase: An Inside Look at What It Takes to Be the Best 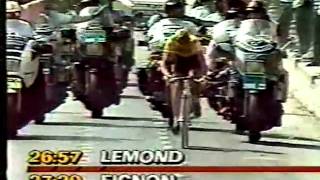 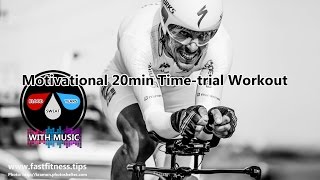 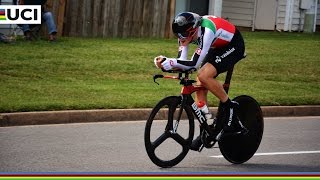 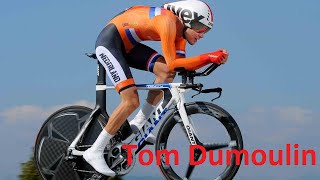 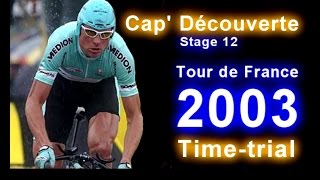 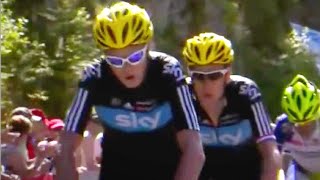 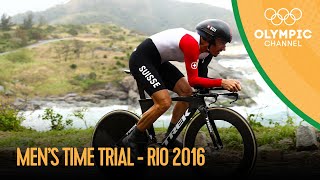