Published by : The Newshour Debate
Subscribe
Acting tough, Congress Monday (Oct. 13) removed Shashi Tharoor as party spokesperson for praising Prime Minister Narendra Modi, capping a controversial nine-month tenure of the Kerala MP as party's media pointsman. Tharoor accepted the decision as a "loyal worker of Congress" but suggested he did not get a chance to put his views across, saying he would have welcomed an opportunity to respond to the complaint by the state unit against him. Kerala Pradesh Congress Committee had prepared a report against Tharoor, which was referred to AICC's disciplinary action committee a few days ago. The report of the Kerala unit had held that Tharoor's adulatory statements about Modi had hurt Congress workers in Kerala, who had worked sincerely and tirelessly for his victory from Thiruvananthapuram Lok Sabha seat. Taking a swipe at Congress for acting against Tharoor, BJP said it reflects "intolerance" as the party cannot digest somebody doing good work. Though the AICC maintained that the decision was taken against Tharoor as the state unit was "incensed" with Tharoor's remarks, including on social media, for last few months, the immediate provocation was his accepting with alacrity the Prime Minsiter's invite to him to be an ambassador of "Swachh Bharat" mission. "Congress President Sonia Gandhi has accepted the recommendation of the AICC disciplinary committee to remove Shashi Tharoor from the list of spokespersons of the AICC with immediate effect. "The Kerala Pradesh Congress Committee had submitted a complaint in this regard to the disciplinary committee," said party general secretary organisation Janardan Dwivedi in a press release. After the party action, Tharoor posted his statement on Twitter and Facebook saying it is the "prerogative of the party to "alter" the responsibilities given to him. At the AICC briefing, party spokesperson Shobha Oza said that a spokesperson has to always speak the party line. Asked whether Tharoor continues to be a Congress member, she said he remains a Congress leader and is still the Chairman of the Parliamentary Standing Committee on External Affair. Replying to a flurry of questions as to why Tharoor was not given an opportunity to explain his position or whether it was right for Congress to take action against him for participating in a cleanliness campaign, Oza sought to give an impression that this alone was not the reason for action against him. A senior party functionary speaking on the condition of anonymity said that Tharoor was given a "far too long rope" and the party was repeatedly embarrassed by him as he praised BJP's Prime Minister as well as Opposition Chief Ministers like Naveen Patnaik in Odisha. 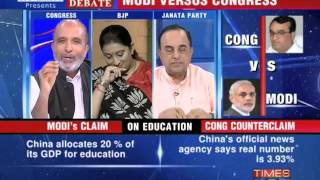 The Newshour Debate: Fact versus fact(Part 2) 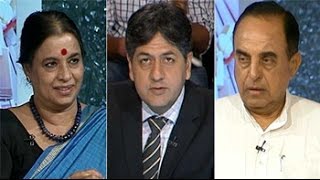 Should India have a Uniform Civil Code? 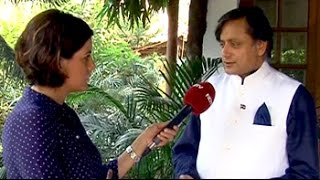 Am being attacked because I’m seen as an outsider: Shashi Tharoor to NDTV 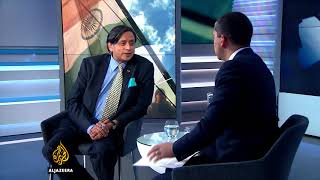 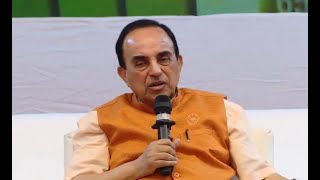 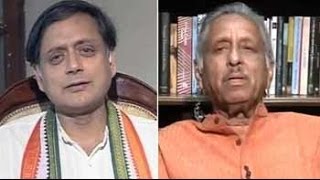 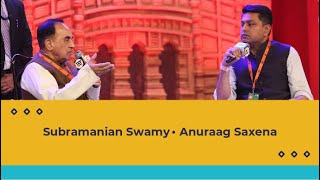 The Meaning of Secularism in India | Subramanian Swamy | Arth - A Culture Fest, Kolkata 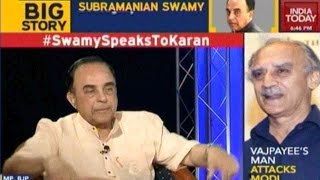 To The Point : Dr Subramanian Swamy In Conversation With Karan Thapar 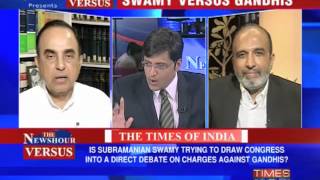 Newshour Versus: Subramanian Swamy vs Gandhis Part 1 of 2 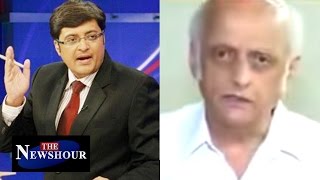