Elephant orphans Timisa and Khanyisa will steal your hearts!

Published by : HERD Elephant Orphanage South Africa
Subscribe
We knew it would be just a matter of time before Khanyisa and Timisa started to display some sweet and playful antics.

Timisa is an orphan, just like Timisa. She was rescued in late 2016 by Elephants Alive, and brought to the herd who lovingly accepted her.

It is lovely to see her bond forming with Timisa as well as with Kumbura, who is also an orphan that was rescued in 2009. Both Timisa and Kumbura have Tokwe the Matriach as their adopted mother, and she has done an exceptional job.

We will you more about them both soon, now that you are becoming more familiar with them.

It was also encouraging to see Tokwe allowing Bubi to have more time with Khanyisa, previously for some reason Bubi would keep distance when Tokwe was in their company, but that was not the case this time!

Limpopo seems to have calmed down a little bit, perhaps the novelty of Khanyisa is starting to wear off, but she does appear whenever something interesting appears to be happening.

We went out for a walk with the entire herd, and it was so lovely. Khanyisa's dung was frequent during the walk but seemed to stop when we returned. Perhaps all the excitement when out and about on her adventures :-)

An excellent morning was had, and it was great to see them moving out together in a big herd and see them adapted so quickly to a new ray of elephant sunshine moving between them. 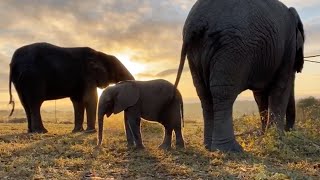 Reply spends the morning with Khanyisa, Bubi and Lundi 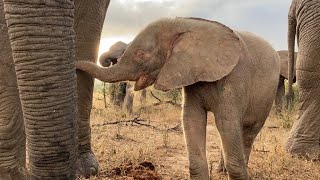 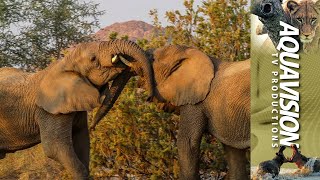 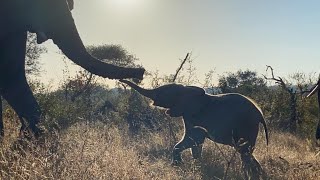 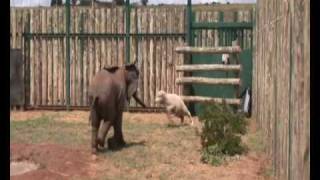 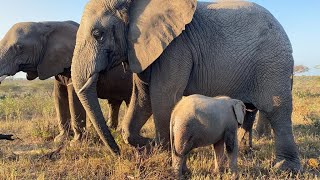 Khanyisa back with the Jabulani Herd after being unwell 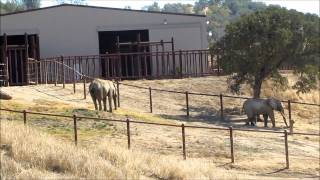 Iringa, Toka & Thika: The day after their arrival at PAWS 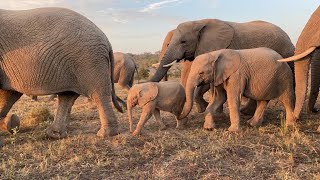 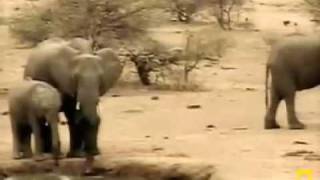 A newborn elephant meets the water 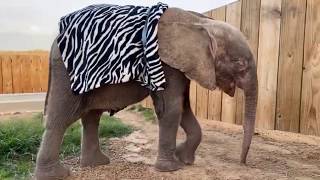